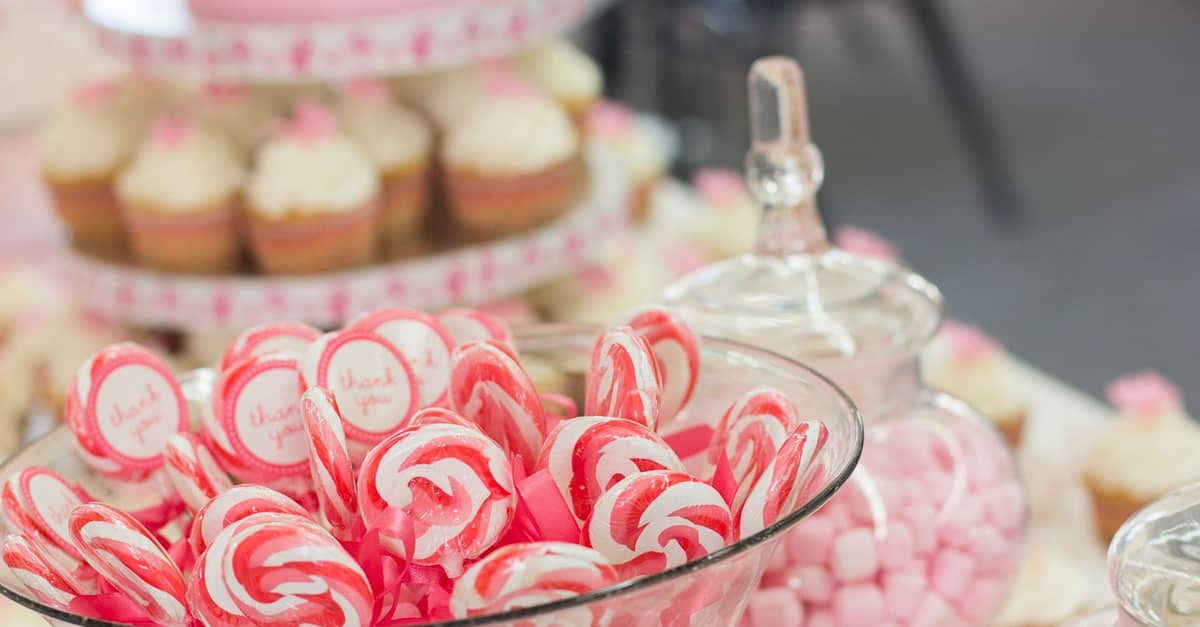 A lot of good things have happened since I started my keto journey.

I can focus better.

I have more energy.

Most importantly, I just feel better.

But if I had to start all over again, I would do some things differently.

These are the top 5 things I wish I’d done before going keto. 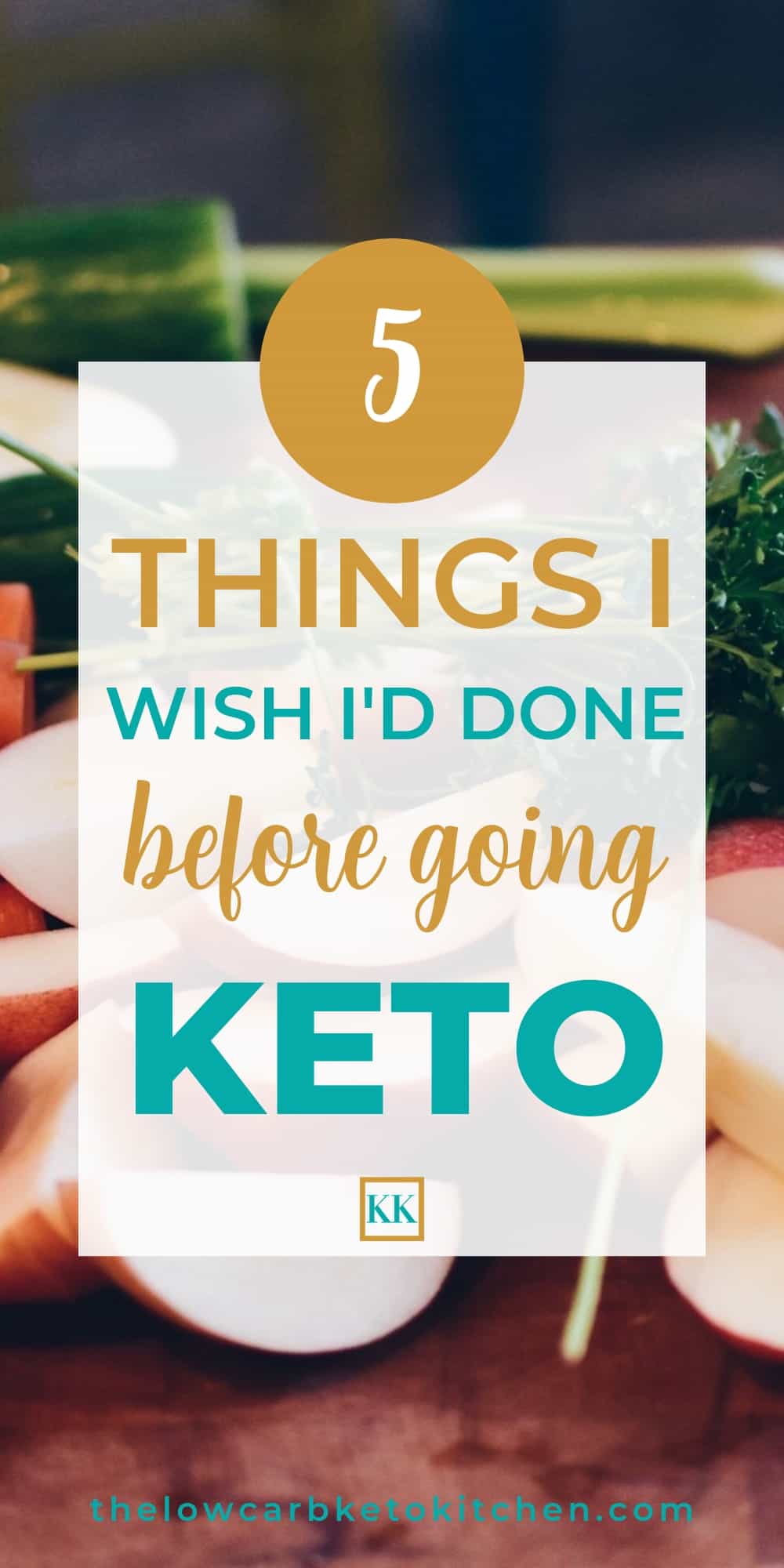 #1. I wish I had tried keto recipes before going keto

Even if you are a seasoned cook, sometimes recipes just don’t turn out tasting the way you think they should.

All the meal planning and prepping in the world doesn’t mean diddly if the recipe turns out to be something you wouldn’t take to a worm wrestle.

Seriously. I tried a crab cake recipe once that none of us liked. So we gave it to the cat.

Who promptly went and buried it in the litter box…

And since the whole point of meal planning and prepping is so that you won’t have any excuse to not eat following your macros, not testing things before hand is a losing proposition.

Because when the recipe is a dud, what are you going to eat? Chances are you’re going to grab the keys and hit the drive thru. Or punch #2 on the speed dial and order pizza.

At least, that’s what I assume someone would do in that situation…

Here’s some pretty awesome Low Carb & Keto Recipes to get you started. 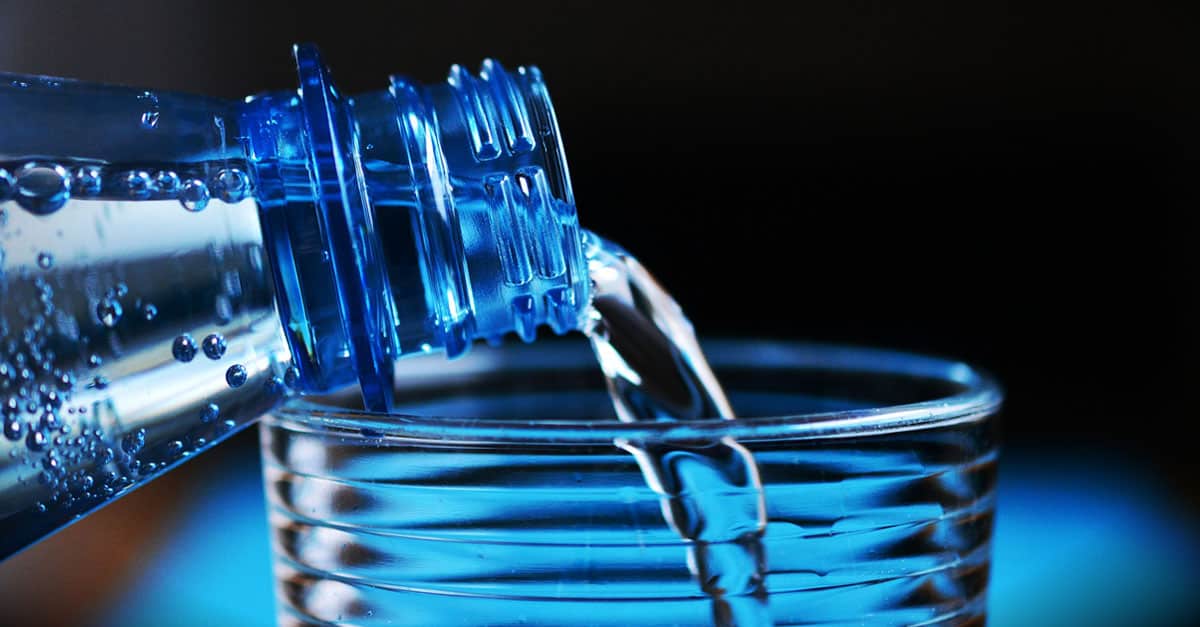 #2. I wish I had an electrolyte drink on hand before going keto

Electro what drink? What’s that?

All of these are important to keep our bodies functioning properly. And they are all water soluble.

Which means that every time you urinate or sweat you lose some of those bad boys.

And not having enough electrolytes leads to things like muscles cramps, dizziness, heart palpitations, and fatigue.

Which, coincidentally, are some of the symptoms of the keto flu.

You can read more about keto flu symptoms and what to do about them here.

Since the keto diet requires that you drink lots of water, our bodies can get depleted pretty quickly with or without exercising.

While it’s always a good thing to take supplements for magnesium and potassium, having them in a drink makes them more bio available. Which restores the levels quicker. And the symptoms go away sooner.

And trust me on this, sooner is way better than later in this case.

You can always drink sour pickle juice to help re-balance your electrolytes, but there are other things that may be a bit more palatable for most people. You should get some. 🙂 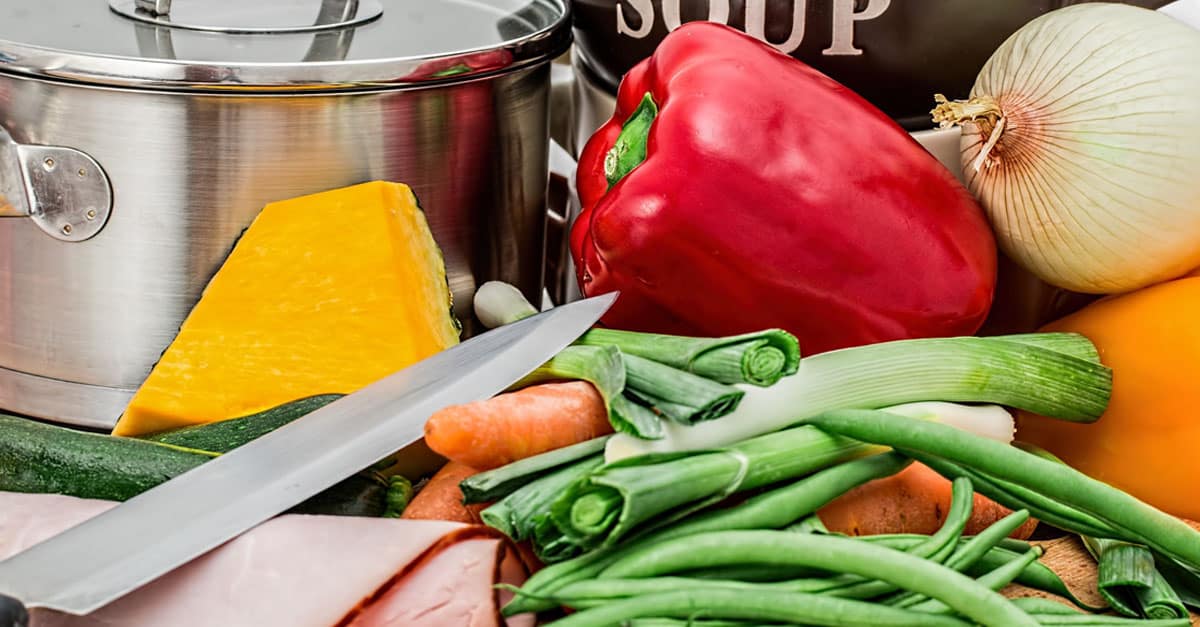 #3. I wish I had taken meal prepping more seriously before going keto

Especially when you first start. You’re tired and you’re hungry and you don’t want to try to figure out what you can eat that won’t put you over your carb count.

So instead, you grab the half gallon tub of extra crunchy all natural peanut butter and a big spoon and go binge watch Gilmore Girls on Netflix.

Or so I’ve heard…

When your meals and snacks are planned out for the day, you don’t have to stop to figure out what you’re going to eat.

Or guess at how many carbs you still have and if you’ve already gone over on everything anyway so why bother!

Meal planning and prepping. Just do it.

#4. I wish I had weaned myself off of sugar already before going keto

This was so much harder than I thought it was going to be. And I’m not talking about other carbs, just the refined sugar.

Do you have any idea how much sugar there is in EVERYTHING?!?

I mostly used raw local honey for sweetening my morning tea and my desserts and stuff. Even that has to go on keto.

But my gosh, I knew I was going to give that up. But all the hidden sugar in stuff is bad, y’all!

Grocery shopping got to be almost as bad as clothes shopping…it was bad, I tell you…

Add all that stress to the fact that I was going through withdrawal from the stupid sugar, and well, I’m not gonna lie, it wasn’t pretty. I may have started twitching at some point.

I did survive. Barely. But I would get that over with before I had to give up bread next time. 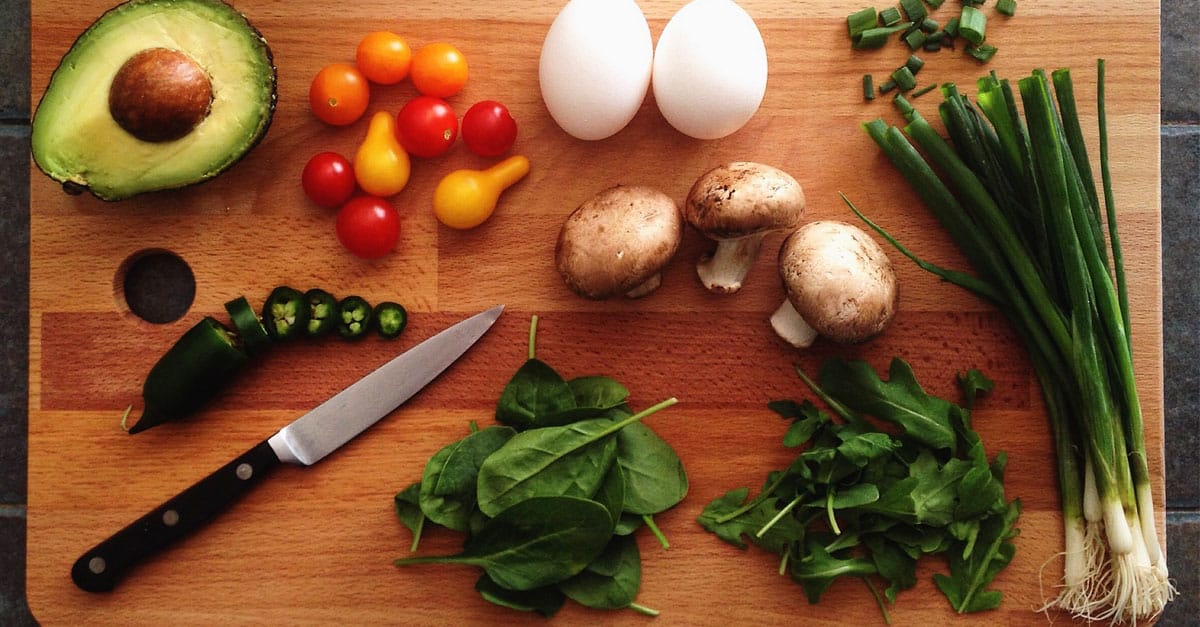 #5. I wish I had stocked up on what I could eat, instead of just getting rid of what I couldn’t eat before going keto

This kinda connects back up to the meal prepping and planning.

There are all kinds of  things online that will help you plan, shop for, and prep your first week or two of eating keto.

Some of them are incredibly detailed with information about how to tailor them to fit your person macro levels.

Did I take advantage of any of those resources?

Some days the spirit of stupid just follows me around everywhere…

Nope. I had done my research.

I knew what my macro numbers were.

It’s not like I didn’t have food in the house.

And healthy food at that.

How hard could it really be?

Obviously harder than I thought it was going to be. There are only so many times a gal can eat scrambled eggs in a row before she reaches for the peanut butter tub.

If I were starting over again, I would have at least 1 whole week of meals all planned out.

Breakfast, lunch, & dinner. And snacks, too.

And all the shopping for those meals done.

At least for the first week.

Much better plan than mine was.

Which was to not really have a plan.

And just kinda wing it.

So don’t be like me. Start your keto journey on the right foot. With the right plan.

And don’t have any regrets.

If you need help getting your plan together for the first week or 2, get started with my 7 Day Easy Eating Keto Menu Plan!

If You Liked It, Pin It For Later! 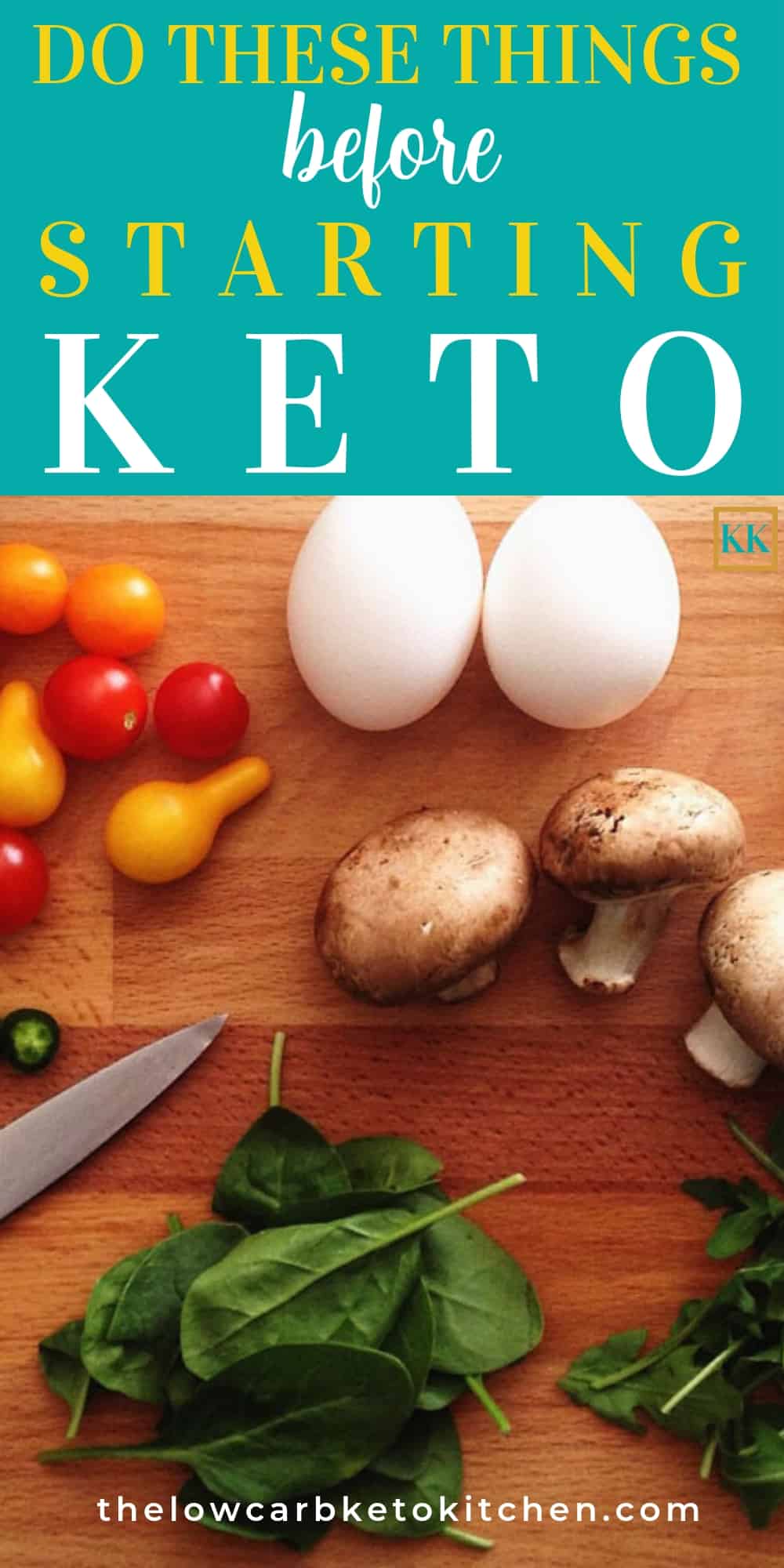 A while ago I realized that it was way past time to do something about my growing waistline and nagging joint pains.

After unsuccessful attempts to shed the extra pounds, I decided to get off the diet merry-go-round and do something healthy for my body.

THE INFORMATION ON THIS WEBSITE HAS NOT BEEN EVALUATED BY THE FDA AND IS NOT INTENDED TO DIAGNOSE, TREAT, PREVENT, OR CURE ANY DISEASE.

Some posts on this website contain affiliate links that allow me to earn a small fee. I will never link to something I do not own and use and love. Unless it happens to be on my wishlist.